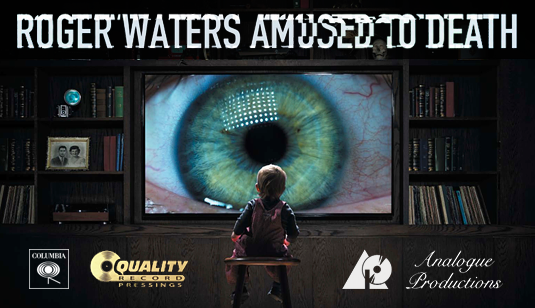 The 2015 2LP 200 Gram Vinyl edition of Amused to Death features remastered audio completed by longtime Roger Waters / Pink Floyd collaborator and co-producer, James Guthrie. The cover and gatefold art has been updated for 2015 by Sean Evans, the creative director of Roger Waters’ 2010-2013 The Wall Live tour and movie.
An unblinking look at an entertainment-obsessed society, Amused to Death addresses issues that have only grown in complexity and urgency over the past two decades. With Amused to Death, Roger Waters sounded the alarm about a society increasingly – and unthinkingly – in thrall to its television screens. Twenty-three years later, Amused to Death speaks to our present moment in ways that could scarcely have been anticipated two decades ago. In 2015, television is just one option in an endless array of distractions available to us anytime, anywhere, courtesy of our laptops, tablets and smartphones. With eyes glued to our screens, the dilemmas and injustices of the real world can easily recede from view. 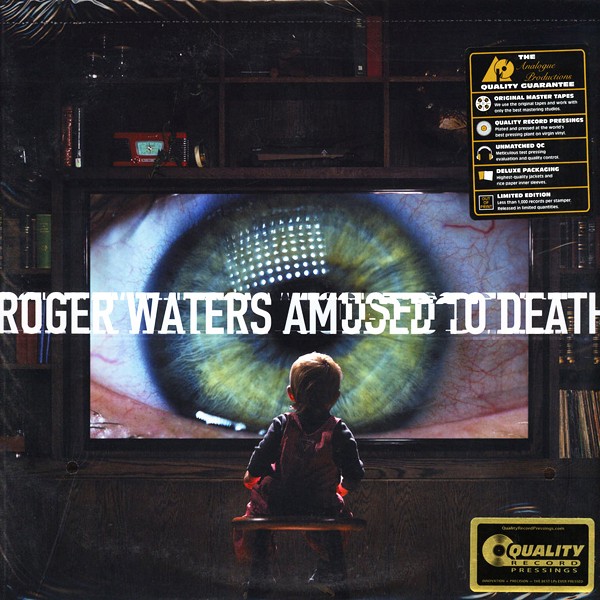 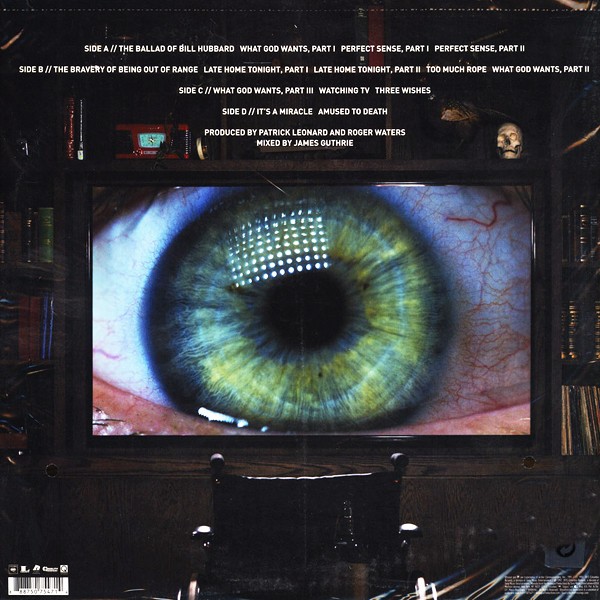 An amazing reissue, a natural addition to the Vinyl Gourmet Audiophile TOP 100 for its sound quality and musical merits, this is a reissue not to be missed.